It's About the People.

Some people at work think I'm a bit tech crazy. Why? I keep telling them what I learned from people on Twitter. They hear "Twitter" and smirk, or cringe. They think Twitter is a "thing". They don't see it the way I see it. Twitter has not taught me. PEOPLE on Twitter have shared with me, and learned with me, while hopefully learning from me, as well. It's about the people. It's about the sharing. It's about growing as a teacher. It's not about the tech.

Some doubters would say Twitter has changed my thinking.  Well, if it hadn't been for Twitter, I would not have known what an EdCamp was, that's for sure. I was introduced to the term in July of 2012, and attended my first in OshKosh, Wisconsin in early August. Free professional development??  No schedule?  I was blown away by all the teachers and administrators who took a Saturday of their time to learn with each other! My guide that day was Shawn McCusker, and his excitement was contagious! In order to meet him in person, he tweeted out a picture of the 45 rpm adapter on his shirt (I'll lose a few readers who are too young to know what this is or what it's for...) so I would know for sure who he was. He was tweeting away, and chuckling at other tweets as we introduced ourselves and talked about the day ahead. What do I say to Twitter doubters & those that think I'm a bit tech crazy? Once again, it's not about Twitter. It's about the PEOPLE I have met face to face through Twitter. Shawn's infectious vibe, and the vibe of all the other people learning along with me that day made a difference. I learned from THEM, not from the technology I used that got me there.

I attended my second EdCamp yesterday - in Madison, Wisconsin. Drove two hours there the night before, went to the local watering hole on the square, and enjoyed the night with my husband on our mini-vacation. When he dropped me off at the beautiful, new Sun Prairie High School (thank you Jess, Pernille, Emily, Tom, Kaye, etc. for this venue and this day at #edcampmadwi!), I knew better what to expect. In fact, I recognized a Twitter friend, Rachel Pierson on my way in and introduced myself to her right away. I then saw Emily Dittmar and Pernille Ripp and introduced myself to them, as well. (Oh so great that they looked like their pictures!) I strode right over to Jess Henze (who I met at my first EdCamp!) and said congratulations, as the day she had worked hard to plan was finally here.  Later, I met Tom Whitford, his wife Leah & then Heather Suckow (another great educator from Iowa!) and it was like I was meeting movie stars. Smiles, handshakes and even hugs happened, as I felt like I'd known these people for months. Had I? Only on something called Twitter. But now I could see that they were honest in their tweets, and their personalities and passions had shown through as I learned from them throughout the day. I loved learning from these educators in sessions I attended throughout the day.
After lunch, I decided to work on what I'd learned in the morning. Well, this time had a welcome interruption. I went onto a Google Doc I'd co-created with teachers from Georgia, Iowa, and Missouri. Who was editing the document at the same time? Allison Petersen. Five minutes later, I was on my first Google Hangout, because she had shown me how. We discussed how to use it, and how we'll get our students connected on Monday. Our students will be discussing books they've read in common! It is a result of the technology that we were meeting. It is a result of that same technology that our students will be able to talk to each other. But it is the PEOPLE that will be connecting. Students will share with each other, as Allison and I have shared just yesterday.

I ended the day by listening to a science teacher, Allison Fuelling, who started Genius Hour this year. Because of my interest and investment in Genius Hour, I was able to add my story of how mine started (check out my first post), and how it's grown and changed. I was able to answer questions, tell about high school teachers who are doing the same thing (albeit under a different name - 20% Time), how a second grade teacher is adapting it, and help explain how it can be different for every teacher, depending on what your ultimate goal is. This time with interested teachers encouraged me once again to create a hub (or add to the wiki) where teachers can find success stories and names of others who've gone before them. PEOPLE sharing at this venue made all the difference. The questions that came from other teachers and administrators made the discussion successful.

For those who think I'm tech crazy, you've got another think coming. I'm anything but a tech queen. In fact, I did not attend some sessions yesterday because they were "too techie" for me.


I just like to learn.
People that challenge me and support me ... help me learn and grow.

If you still don't have a blog to reflect on your teaching practices, or are still not learning from educators on Twitter, ask yourself how you are learning. Blogging and Twitter are not the only ways to be connected to other educators. But ask yourself this - Are you learning from the same people you've learned from the last 10 or 20 years? If so, don't you think it's time to learn from someone outside your circle? Do you think you can still grow as an educator? If you're finished learning from others, do you think it's possible to instill the passion for life-long learning in your students?

If you want to continue learning along with me, introduce yourself to me at EdCampChicago in Hoffman Estates on April 27th. Registration is still open today. I'll be there! 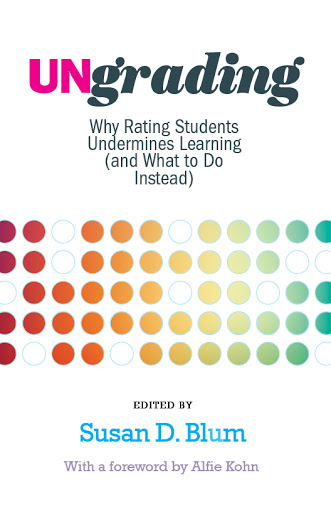