I'm a numbers person.
I like to see graphs and charts.
I always wonder...
Can you quantify what happened during Genius Hour this year?
How??

I did this same reflection with numbers last year (see this post), and had to crunch the numbers once again. Our second full year under our belts, I decided to just focus on fourth quarter for this reflection. Of course, more changes are coming for next year, but fourth quarter was "true" Genius Hour - I let students read, research, create... it was up to them.

I'll just get right into the number crunching I did. Keep in mind that I had 64 students participating. Let's start with presentations. Our presentations for which I had permission to publish are located here on our class Weebly.

Presentation Quality
Last year, we did not focus on presentation quality. This year, I gave three mini-lessons on presenting. One was regarding visuals, one regarding audio, and one regarding body language. I still didn't want to over-analyze, so I quickly went down the list of students and gave the first "grade" that came to mind:
0 = not good
S = solid
* = stellar 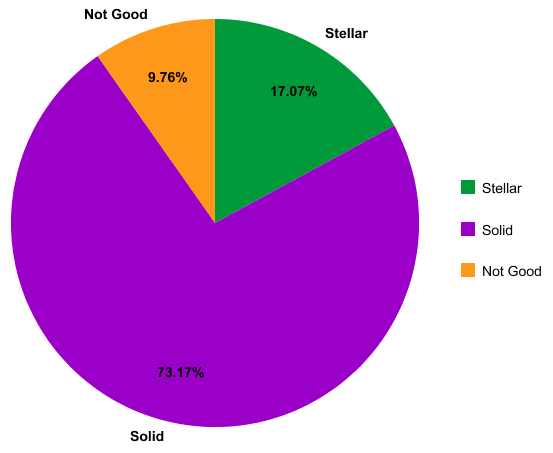 Anyone interested in what school subjects students learned about? I was...
I didn't know where a couple of these fit in... Video games? Designing with Minecraft? DIY (Do-it-Yourself)? So they have their own category. (Some DIY projects could have been classified as science, some as family & consumer science, some as art...) I'm so glad more this year are geared toward reading and writing - I think that happened because I started with Erin Olson's idea of Read, Be Inspired, and Act on It (or Do Something Inspiring)... 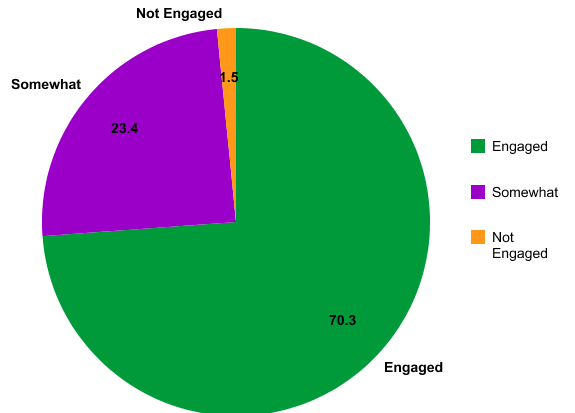 Then I considered...
What about a "typical" day in LA class? What is student engagement like then?  If the numbers are low, it could be a mixture of things... My passion for the content, techniques I use to keep students interested, student preferences for content, student emotions, family life, etc. etc. etc... I could go on and on about student engagement in a middle-school classroom, but I still had to measure it to make any sort of comparison.  This year's "typical" reading and writing day was a tough one, but there were still days during which I lecture, then facilitate, then students do independent work. What does student engagement in this setting look like?
I decided to measure student engagement in typical lessons in this fashion:
0 = does not know where we are in the lesson
S = can participate if called upon
* = participates without prompting 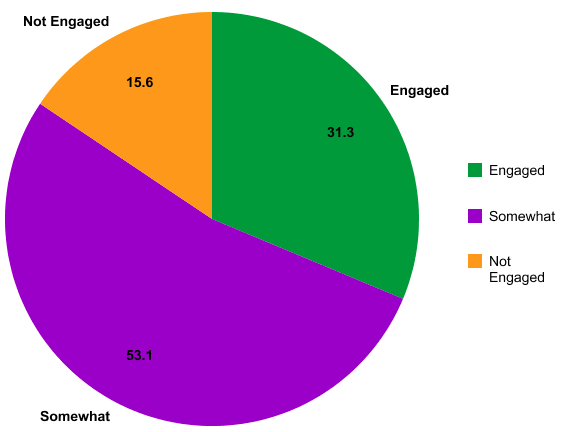 Which would you rather have? In which setting would you rather be? The latest talk I've listened to that has really focused on why students need to be engaged in lessons is this one by Brandon Busteed. This is a 35 minute speech that was tweeted out by Denise Krebs over a year ago. This is what I've come to realize - It's all about student engagement, and letting students know you care about them. In this video, he says that from the last Gallop poll, only 61% of middle-school students are engaged during lessons.  I truly feel that all parents, teachers, and administrators need to hear this talk. Please take the time to listen to him - I cannot sum it up here, as there is so much he says that is vital to our students' education. 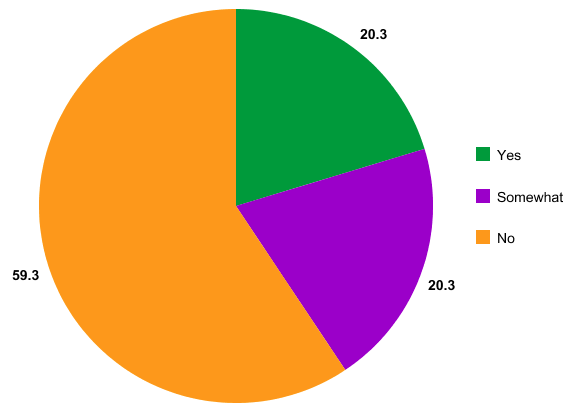 These numbers are very different from last year. This could mean many things. For me, at least, a good take-away is that it meant more students were engaged during class time, and this helped things run smoother for me this year. Classes did seem to be more chaotic (loud, messy, where is so-and-so?), but I wasn't keeping everyone on track as much as I had to last year.

I wish we could have collaborated with other students, and two other students from across the world wanted to collaborate on a music project! Unfortunately, that's when one of my students decided to create the band, instead of going alone on her project.

This year, however, we have two new changes - I was able to get a mentor for our nine novelists, and three groups of students ("Play It In Reverse" band, Little Free Library, & Which shoe is best?) reached out to the community for help! One teacher from a local district, Christopher Bronke, wanted to mentor, but the two students that would thrive under his mentorship never jumped at the chance (and I KEPT bugging them!). Bonus for us (as I didn't push this): we had six students from my classes who have made a difference in someone else's life. A Little Free Library was created, books were collected and sent to children's hospitals, money was collected for water in Africa, and hand-made goods were sold to collect for a greenhouse for our school garden.

Our classes were also featured in two online articles this year - CNN Schools did a story about Genius Hour (check out the sixth photo), & Imagination Foundation picked up our story about why we do the Cardboard Challenge in preparation for Genius Hour.

One more thing - I need to share a quote from a student who was NOT engaged during class time. He wrote this in his reflection: "Genius Hour was my favorite bc it felt like I had freedom in school." Another wrote, "I liked Genius Hour because we got our own time to do something we liked." No kidding.

Please tell me in the comments... What else could I try to measure for this reflection? What do these graphs tell you? What's the next step?

All graphs were created at this easy-to-use website: Kids' Zone Create-A-Graph
Posted by Joy Kirr at 2:06:00 PM