Observations... Being observed by administration can be nerve-wracking for anybody. But when my assistant principal walked in the room and sat down, I looked at my class through her eyes. What did she see? 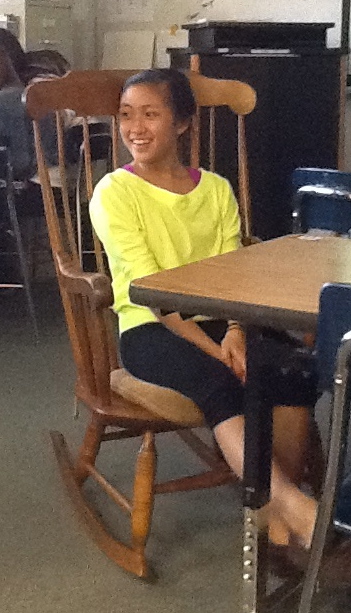 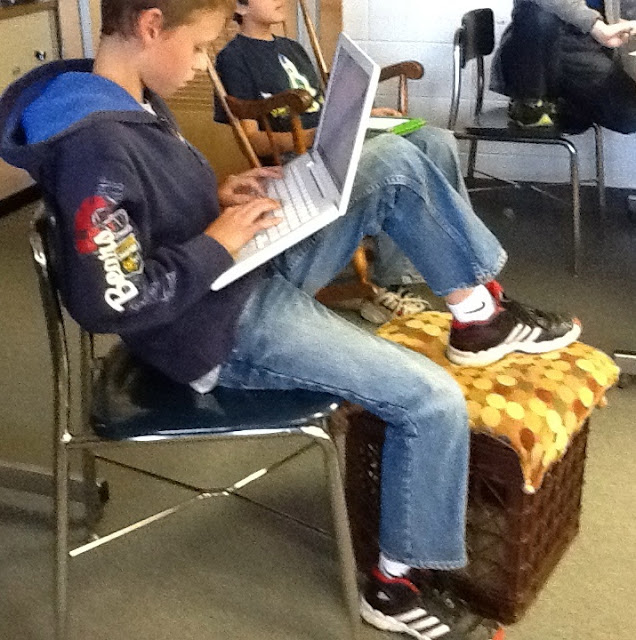 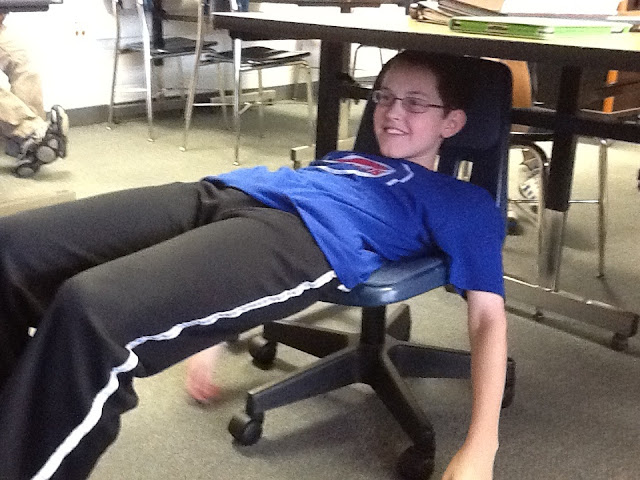 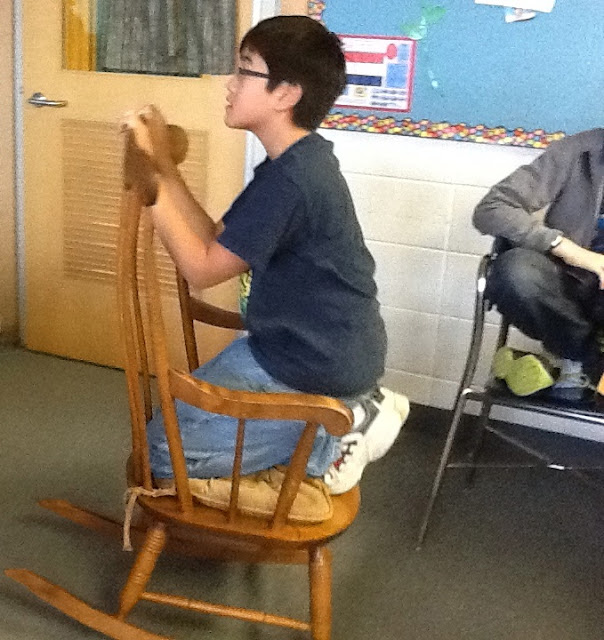 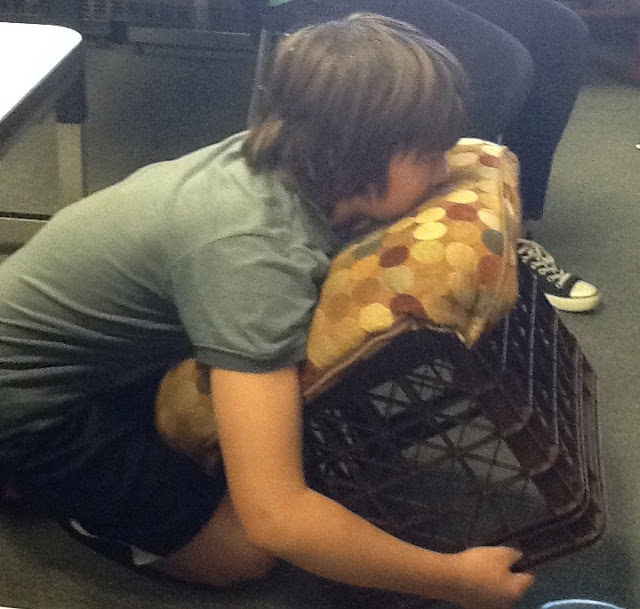 No, she didn't see all of this - I took these pictures a few days later, when I could catch students unawares!

Of course, she did see the changes that have occurred in my teaching - I've never done a read-aloud. I've never had so many seating options. I've never had students "talk" with other students on a Weebly set up by a teacher out in British Columbia, Canada! After she left, I had my next lesson with the same students, and I felt things were more "normal." Students were doing what most teachers expected - me leading, students sitting up, following directions, writing quietly... But I've been doing it this way for years now. I should know how to teach in this fashion.

At home, I felt I needed to write a disclaimer for the outside of my door. Something like this... 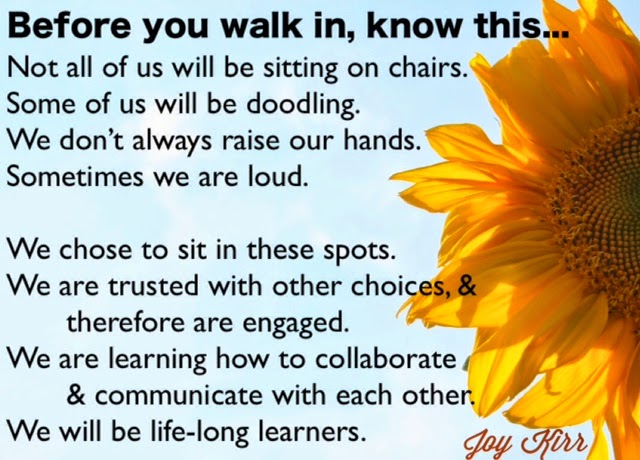 I talked with her three days later, and she helped alleviate my fears. Even though she said when she first walked in she was "alarmed," (oh, how my stomach churned when she said this!) she stayed and observed the entire 40 minutes and kept taking factual notes. She assured me that I'd established an environment for learning. She reminded me that I gave students expectations.

I explained how during the first period she witnessed me teaching what I had never taught before, and how I'm still learning what is best for students in this regard. I admitted that I didn't know what percentage of students were actually able to multi-task (play games on iPads, doodle) while I read, and what students were not. She suggested a quick reflection for after the read-aloud, and I implemented this the next day. One of my hunches was right - one student only remembered the last bit of what I'd read...

The next few minutes of our discussion centered around Genius Hour. I told her we've got the routine down nicely, but I'd still like to see students follow their passions, and do something about it. I still have the goal for students to read, be inspired, and act on it. She then asked me such a simple question: "What do you need to do to make Genius Hour better?" The rest of the afternoon, this was my focus. My next step, I've decided, is to print out the pictures I took of the board during our first Genius Hour, and ask, during one-on-one conferences, which ideas were theirs. If they were bothered by bullying or animal abuse or racism or suicide etc... why aren't they trying to do something to help prevent it? Why aren't they reading up on the issues or reading books on the causes? Why won't they share what they've learned with us so we can help prevent these issues too?

Yes, I was nervous about being observed. I was nervous about the follow-up conversation. I still feel like I need to have a disclaimer on my door. I still question myself every day if this is the very best use of our time. I still reflect after each lesson to see where I could have done better. I'm still nervous when people come in to visit, as I don't know what they'll see and what they'll miss.  However... I still believe in what I'm doing. And I still need to be challenged, so I can keep figuring out if what I'm doing is right... or if I need to fine tune my ways once again.

[Author's note, 1/19/13 - Of course, not all of these pictures were taken on the same day. Most (with the exception of the laptop) were, however, taken during a "read aloud," which is the portion of the lesson I wasn't quite sure about, as I've never done read alouds during class so often.]
Posted by Joy Kirr at 6:57:00 PM