I'm fascinated with what the nation (U.S.) is trying with sports...
I'll focus on the NBA for this post - they just started playing their games two days ago.
First, the players, coaches, referees, and everyone involved with the NBA (of the 22 teams that chose to play in Orlando, FL) are in a bubble. They have been since July 7-9. They can order food from five places if they don't want the food there. They can't leave. If they do, there's a hotline others can call to report them. Their families aren't there. They play games (like ping pong). They fish (in a stocked lake).
Then there are the visible changes (photos are from my television)...
All players hooked elbows and kneeled for the anthem. 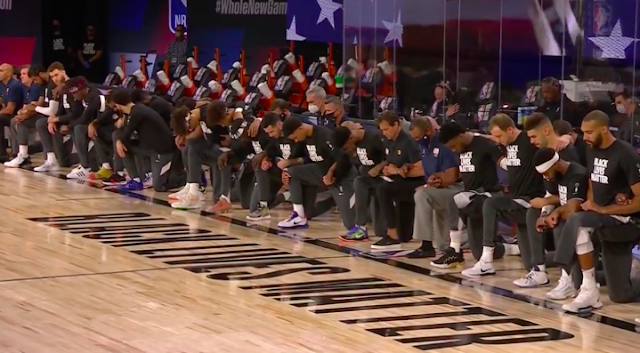 There are fake fans (when there aren't ads or points or a team name) on screens behind the benches: 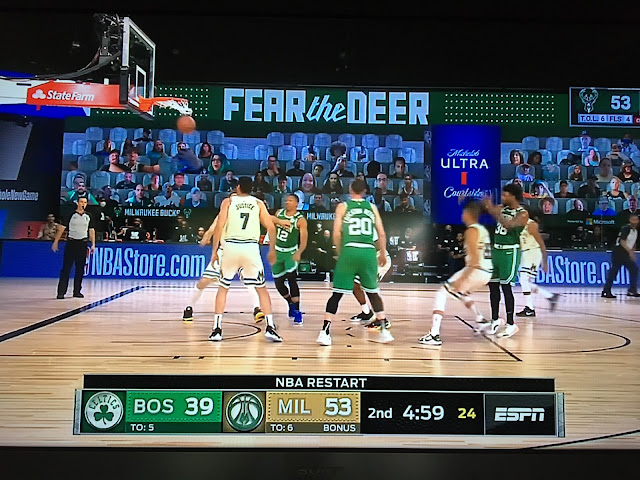 And behind the nets: 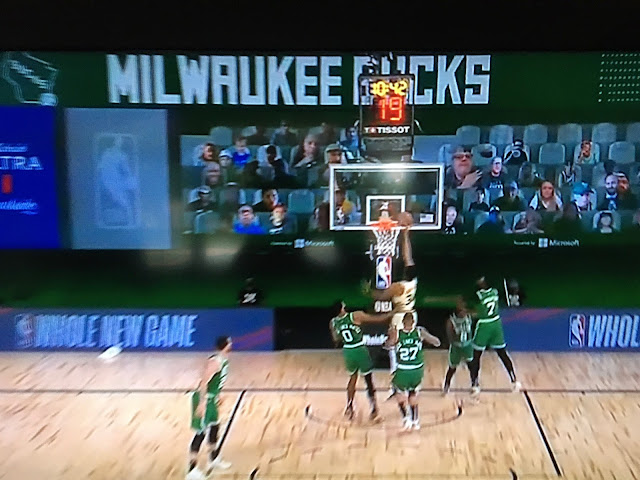 Some on the spaced-out bench seats are wearing masks. 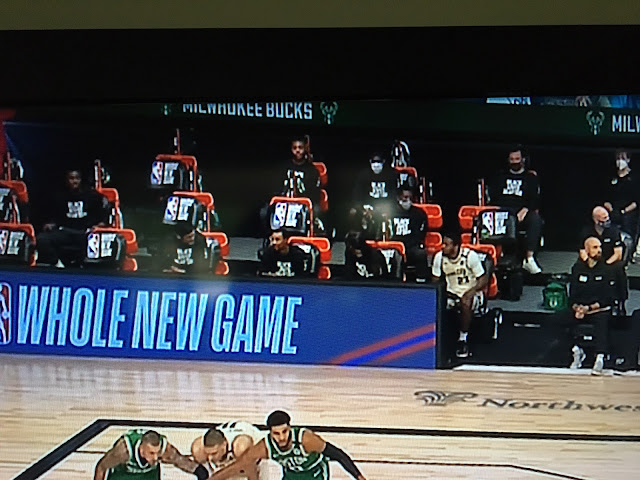 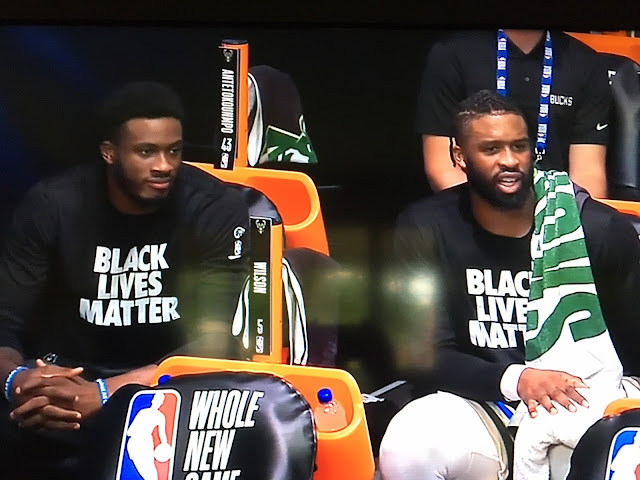 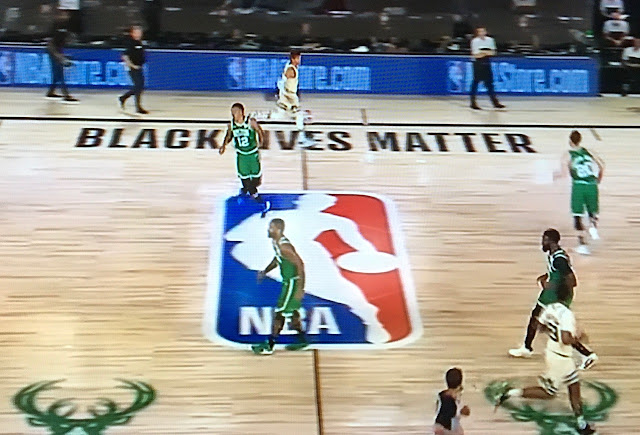 On the back of their jerseys, they can choose their last name or there is a list of social justice phrases from which players can choose:
Black Lives Matter, Say Their Names, Vote, I Can't Breathe, Justice, Peace, Equality, Freedom, Enough, Power to the People, Justice Now, Say Her Name, Si Se Puede (Yes We Can), Liberation, See Us, Hear Us, Respect Us, Love Us, Listen, Listen to Us, Stand Up, Ally, Anti-Racist, I Am a Man, Speak Up, How Many More, Group Economics, Education Reform, and Mentor. 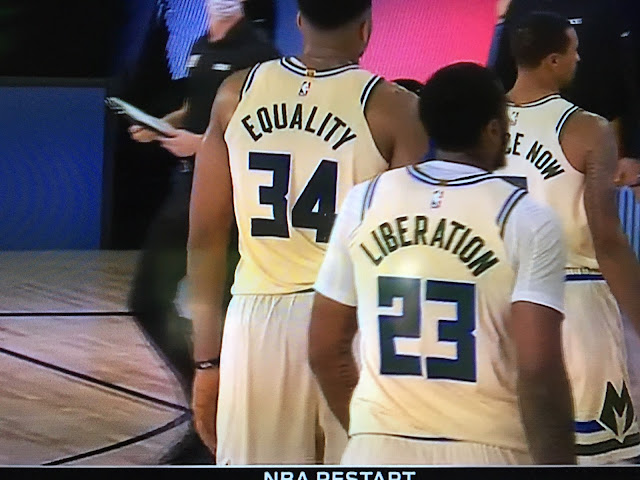 Coaches have a badge on their shirts that say, "Coaches for Racial Justice." 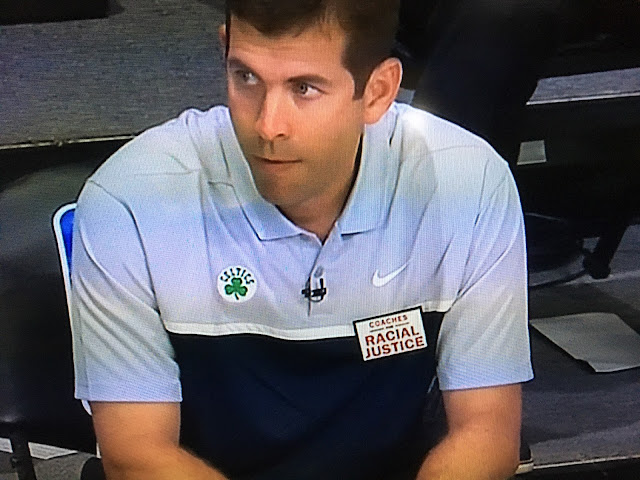 I think this all fascinates me because I'm constantly thinking about heading back to school. In fact, when I hear "athletes," "players," or "coach," I often substitute, "students" or "teacher." If we could be in a bubble... If we could all wear masks and have the space to social distance... If we could get paid for not playing... (HAH! That's a joke, parents. Just a joke. I'm not in the sports entertainment industry, so I don't expect to get paid for not teaching. I heard just two nights ago that I'm "essential," yet I shouldn't be working - just as hard - from home...)
-----
Golf is doing okay. It's a no-contact sport. Players usually stay away from each other.
In baseball, there is no bubble. The Marlins have at least 18 positive cases of COVID. They're being sent back to Florida by bus. The positive cases there... woah. The mound says "Black Lives Matter." Some players kneel for the anthem.
In hockey, they're trying to play the playoffs. No bubble. No news there yet.
In football, at least 30 players have opted out. They'll get $150,000 anyway.
Posted by Joy Kirr at 7:01:00 AM